2012 All School Read: Assignment for Students 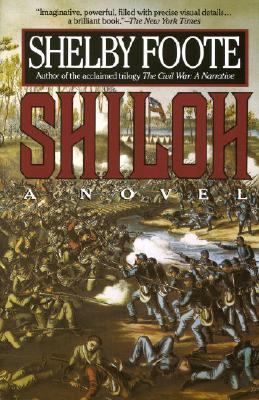 The Battle of Shiloh, which took place in April 6-7, 1862, in a rural area of West Tennessee, is one of the major confrontations and a turning point of the Civil War (1861-1865). In composing his historical novel, Foote used not only official accounts of the battle but also the statements of survivors, whose voices are echoed by fictional characters in the novel’s seven sections. The Confederate force, 40,000 strong and led by General Johnston, had planned a surprise attack on the Union forces camped at Pittsburg Landing, on the west shore of the Tennessee River. Delays, however, meant that the Union, led by Sherman and Grant, was able to turn the tide of battle after the first day, when reinforcements arrived from Buell’s Army of the Ohio to bring the Union numbers up to 40,000. The Confederate survivors, led by General Beauregard after the death of General Johnston on the first day of battle, retreated to Corinth, Mississippi. Confederates rallied under Nathan Bedford Forrest to repel pursuing Union forces under Grant at the Battle of Fallen Timbers. Total casualties on both sides were at least 23,000, making this the bloodiest American battle until subsequent battles killed and injured even more.  --Dr. Wayne Batten 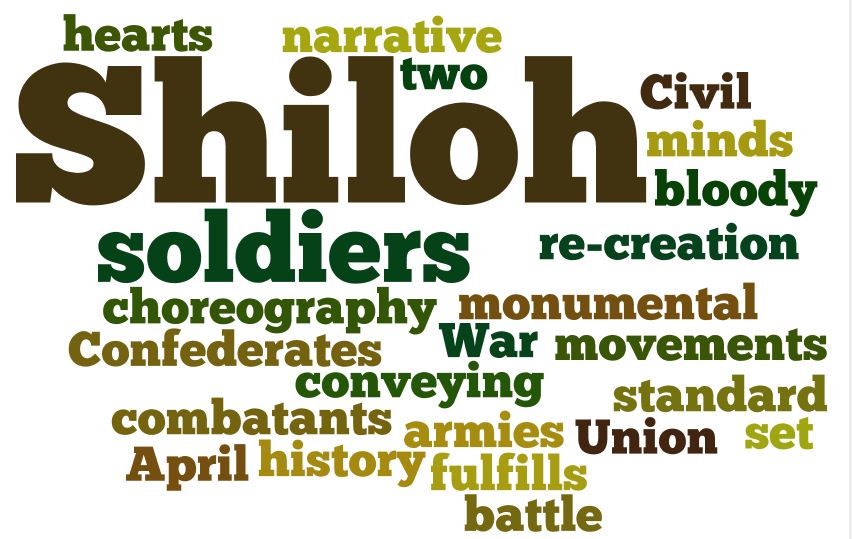 Shiloh, an 1862 poem by Herman Melville

The Battle of Shiloh Hill, a poem believed to be written by soldier M.B. Smith

Assignment for Students in Grades 7 and 8

For students in grades 7 and 8, a project for Shiloh will be assigned during the course of the school year.  You will however, have other books to read in addition to Shiloh.  Click here to access that information:

Questions to Answer (Assignment for Grades 9-12 ONLY)

Directions:  Choose one of the topics below and write a 500-700 word essay that responds in-depth to the topic (your multi-paragraph essay should start with an introduction).  Use at least five (5) illustrations from the book to support your ideas.  These illustrations should demonstrate that you read the entire book.

Your essay will be due the first day of school, Wednesday, August 15, 2012.  No cover sheet needed.   Write your name, date, and pledge in the top right corner.  Then copy the question and begin your essay.  Please double space your writing, use 12-point font, and staple together all sheets before class.

1.  Write a brief profile of Generals Johnston and Forrest (Confederates) and Generals Grant and ().  Then compare and contrast their leadership styles and the ways they affected their troops.  End your discussion with your opinion of which leader you would prefer to follow and why.

2.  Discuss Shelby Foote’s storytelling strategy.  Explain why he uses various points of view and the way that each narrator contributes something different and important to our understanding of the Battle of Shiloh, both in the way it was fought and how the war affected the soldiers.

3.  From innocence to experience:  “We’d aged a lifetime since the sun came up,” says Private Luther Dade,* Rifleman, 6th (84).  Each narrator in starts the battle naïve to what is about to unfold.  In fact, no one had envisioned how deadly our the Civil War was going to be until Shiloh, where in two days more Americans died in battle than in all of America’s wars to that point.  Write an essay that compares and contrasts the development of at least two of the narrators as they experience the horrors of the battlefield. (Note: do not pick Palmer Metcalfe for this topic; his special topic is next, in #4.)

4.  Palmer Metcalfe: The novel ends with the narration of Lieutenant Metcalfe, the Confederate who opens the book by explaining the back-story to the Battle of Shiloh: the routing of ’s armies in and northern .  Before the war, teenaged Metcalfe had attended the where General Sherman, the superintendent, had predicted the South’s destruction. Metcalfe fantasized about one day forcing Sherman, at pistol point, to admit that he was wrong, that the South wasn’t foolhardy as it rushed “into the war with one of the most powerful people on earth—right at [their] doors” (217). Your topic is to trace the development of Metcalfe from the romantic Southern soldier, who compares himself to Shakespeare writing Macbeth when composing ’s battle orders, to the hardened realist by the book’s end.

5.  Gothic and gore: On the last page, Palmer Metcalfe notes that “Up front, sitting with his back to the driver, there was a man whose face I avoided.  His jaw had been shot away but his tongue was still there; it hung down on his throat like a four-in-hand tie.”  And then half a page later, the novel ends with this civilizing image: “Soon the lamps of Corinth came into sight, and along the roadside there were women with hot coffee.” Write an essay that discusses the way Shelby Foote manages to create the horror of war and to suggest its psychological and moral damage.  Discuss the major battle scenes where Foote graphically describes the most grotesque episodes.  What kind of tone does Foote employ in these scenes?  How do these scenes affect our interpretation of the various narrators?  From these scenes of gore, what kind of worldview emerges as these urgently dark scenes draw us into the action?

6.  Chivalry: the South’s doom?   Mark Twain proclaimed that the English romantic novelist, Sir Walter Scott, had caused in the South, “Sir Walter disease,” a romantic mindset that Twain said practically caused the Civil War by infesting the South with “sham grandeurs, sham gauds, and sham chivalries.”  Similarly, in , Palmer Metcalfe recalls his father saying, “We were sick from an old malady . . . incurable romanticism and misplaced chivalry, too much Walter Scott and Dumas read too seriously. We were in love with death” (200). Basing your discussion on battleground events and the anecdotes of various characters, explain why the South’s view of honor and chivalry—based on blood revenge codes and uncompromising loyalty—might be the reason for the South’s total defeat and near complete destruction. (Note: Gettysburg, July 1, 1863, signaled the North’s inevitable victory, yet Robert E. Lee continued the war for two more bloody years.)

7.  Shelby Foote, who also wrote the massive The Civil War: A Narrative, said that the two "geniuses" produced by the Civil War were Abraham Lincoln and Nathan Bedford Forrest.  General Sherman once wrote to Secretary of War Stanton: "Forrest is the very devil. If we must sacrifice 10,000 lives and bankrupt the Federal Treasury, it will be worth it. There will never be peace in till Forrest is dead." Your topic is to characterize Nathan Bedford Forrest and describe his tactics during , showing why he was seen as one of the first guerilla-minded military tacticians.  (You might do a little research on Forrest so that you can picture his background before this battle.  He was scorned by many of the Confederacy’s elite leaders for some fascinating and disgusting reasons.)

8. What is your favorite character among the narrators, the most interesting or memorable? You may wish to include a Civil-war photograph of someone who could have looked much like him. Explain your choice.

9. Sort out the various reasons that men enlisted, including their family background. How did their motives affect their conduct during the battle?

10. During the course of the battle, several explanations are given for the cause of the war and the reasons for success or failure. Compare and contrast these accounts and defend the view that you find most accurate or like your own.

11. Pretend that you are taking part in the battle yourself. Construct an identity (on either side of the conflict), a position in the chain of command, with motives and reactions that you feel that you would have if you had actually been there. Include a back-story with details of family and tradition that help to explain your role in the battle.

12. Some narrators come to a new understanding, or at least an altered view of the conflict, while others retain or modify their original stance or commitment. Note the special attention given to Metcalfe in this regard. What final explanation do you find the most realistic or accurate? If you find that the author favors one of these, explain.

13. Compare and contrast the leadership of three or more of the high-ranking officers on both sides. Johnston, Beauregard, Forrest, Grant, Wallace, Sherman are similar in some respects but different in others. What lessons can be derived about leadership by studying this battle? Who, in your view, was the most effective or best on either side? Defend your choice. You may wish to assemble actual portraits or photographs of these interesting historical characters.

14. Read another account of the Battle of Shiloh from a historical text (including one by Foote himself). What is gained by reading a fictionalized account, but what advantages does the conventional historical approach have as well?