2019 All School Read: About the Ship, Endurance

Inside the Endurance (Royal Geographical Society) 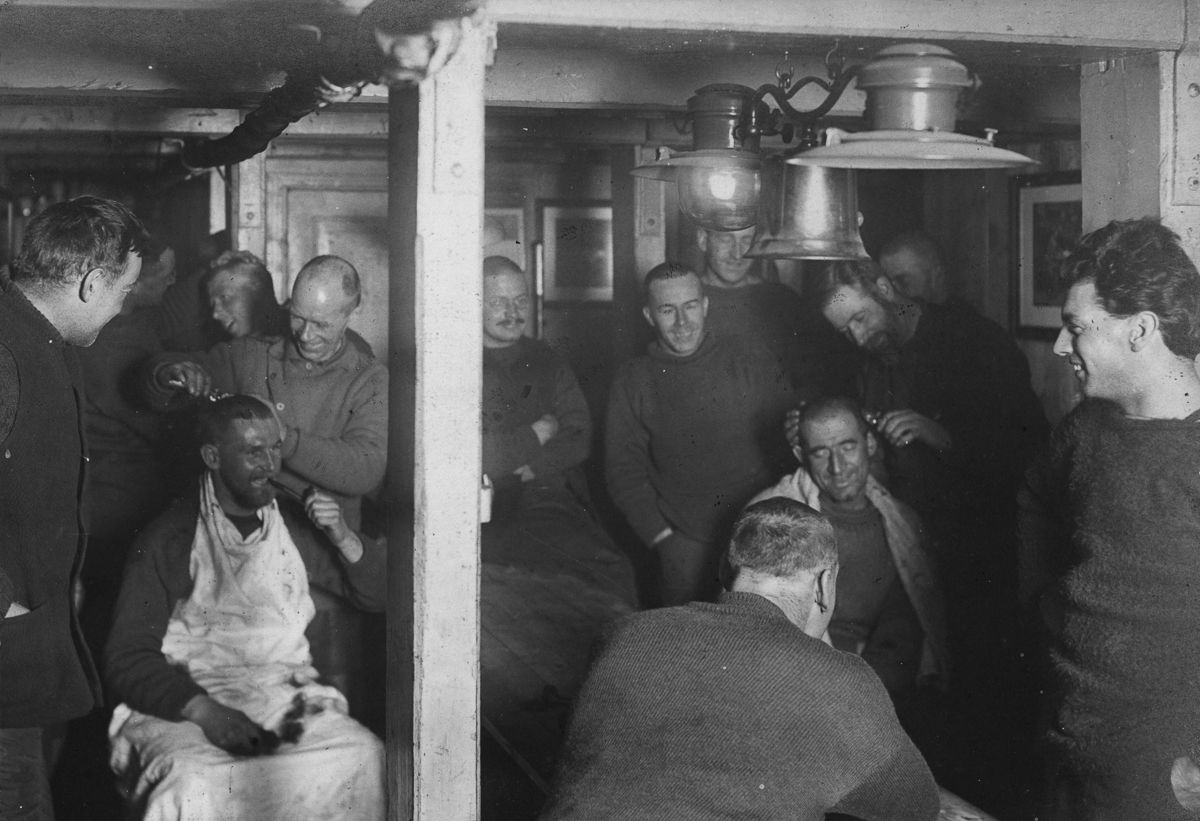 A haircutting tournament aboard the Endurance. 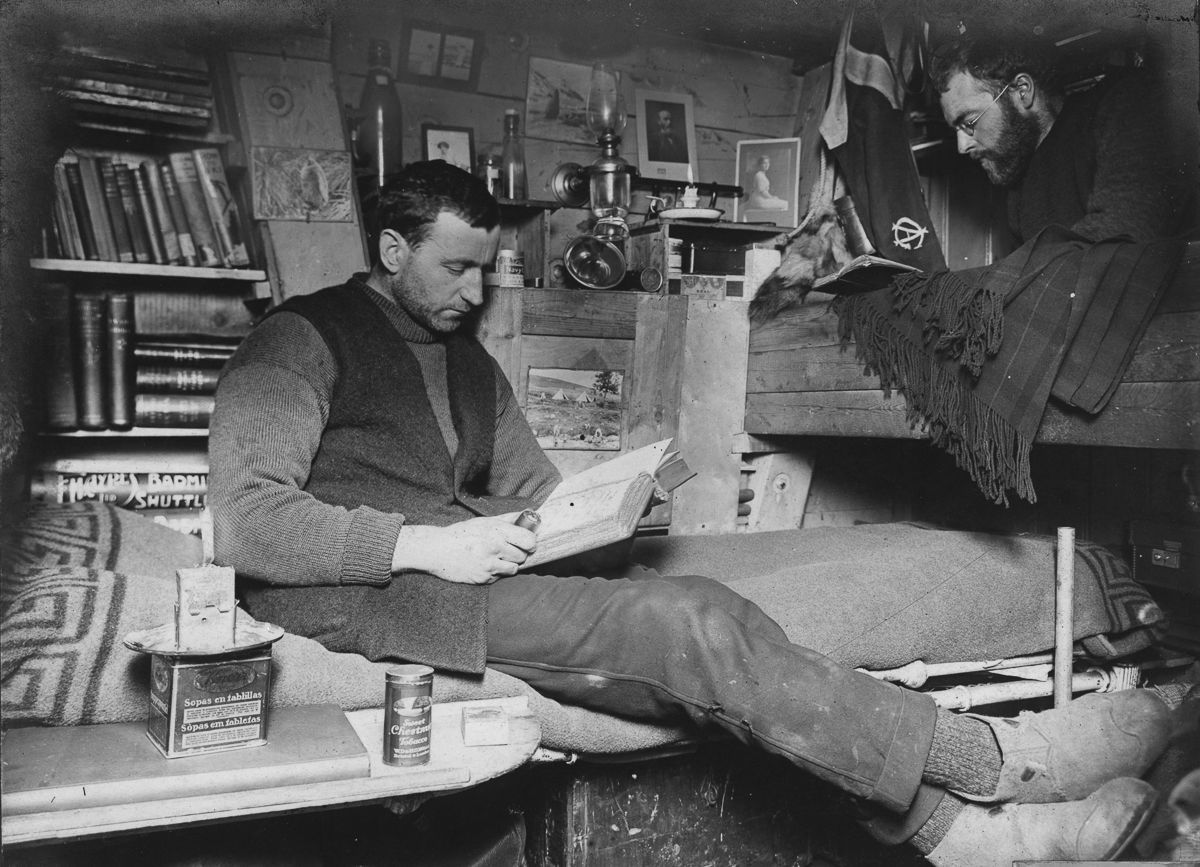 Biologist Robert Clark and geologist James Wordle in their cabin. 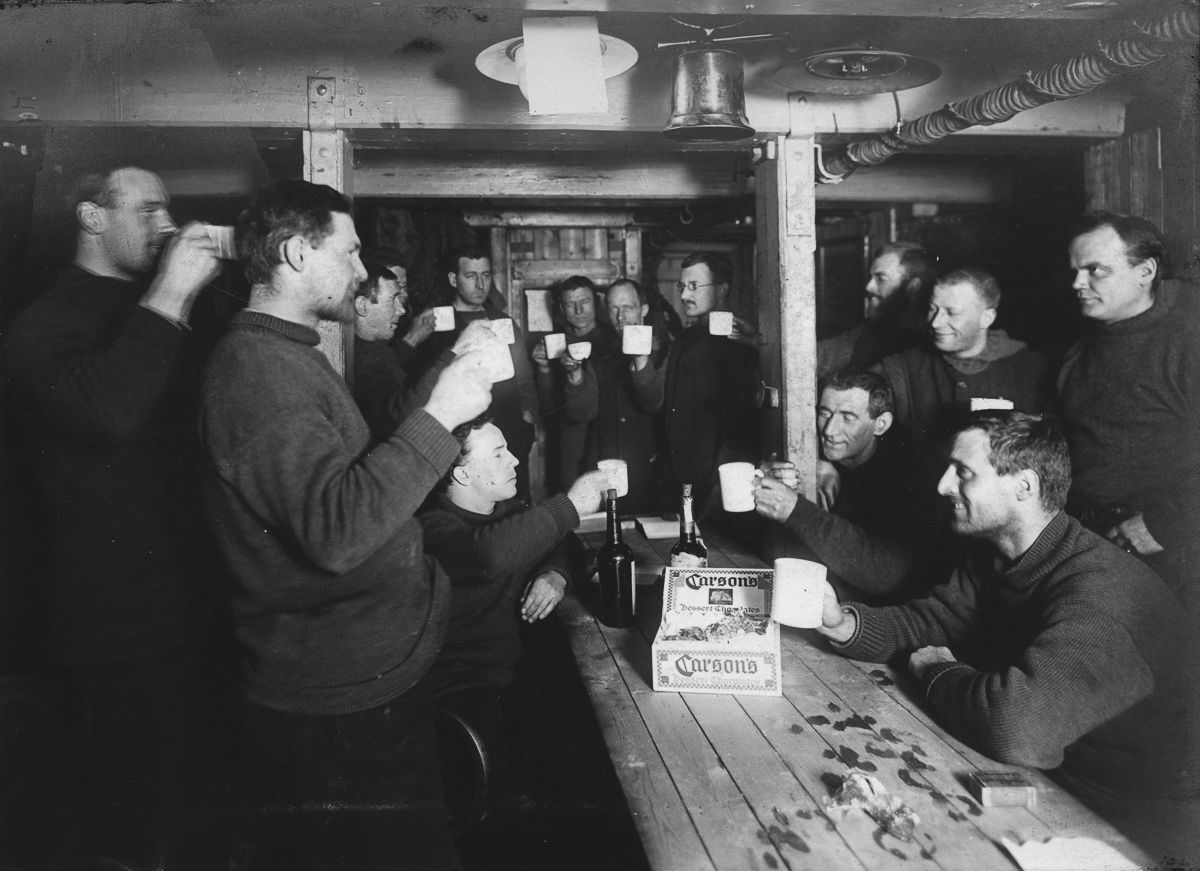 A Saturday evening toast to sweethearts and wives. 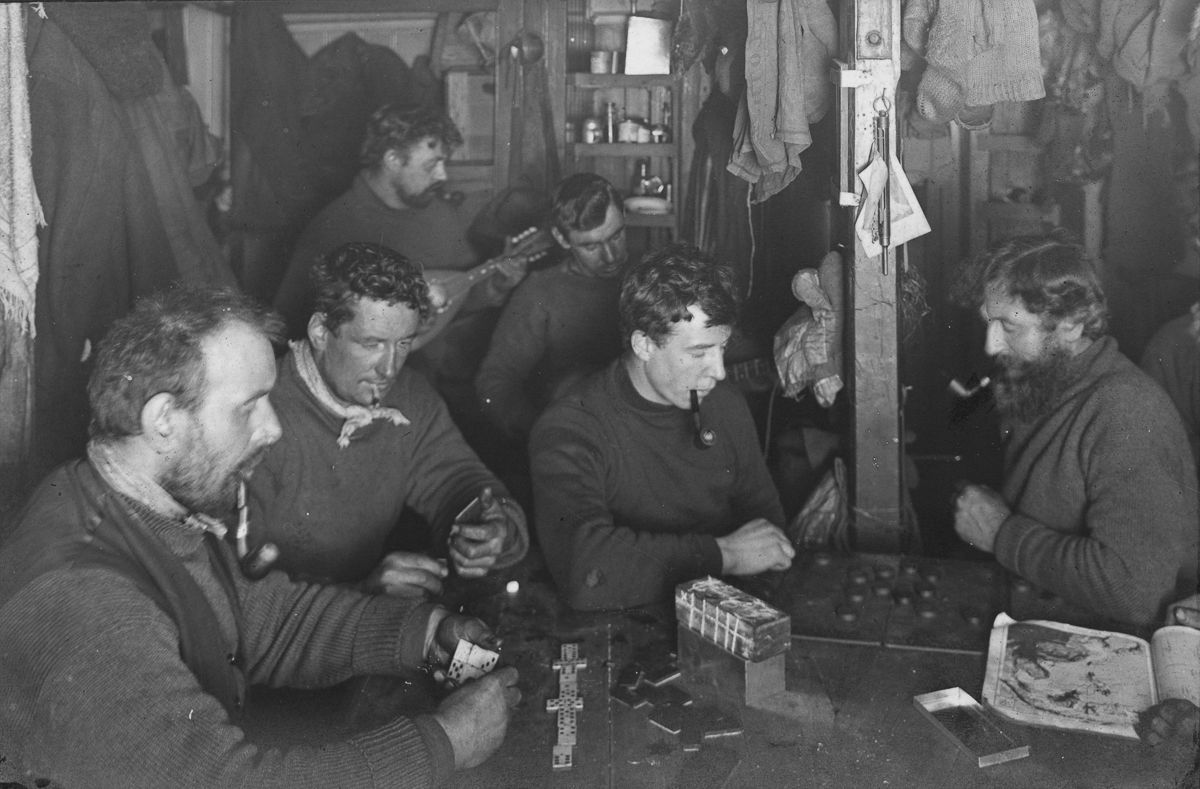 Crew play games and musical instruments to pass the time. 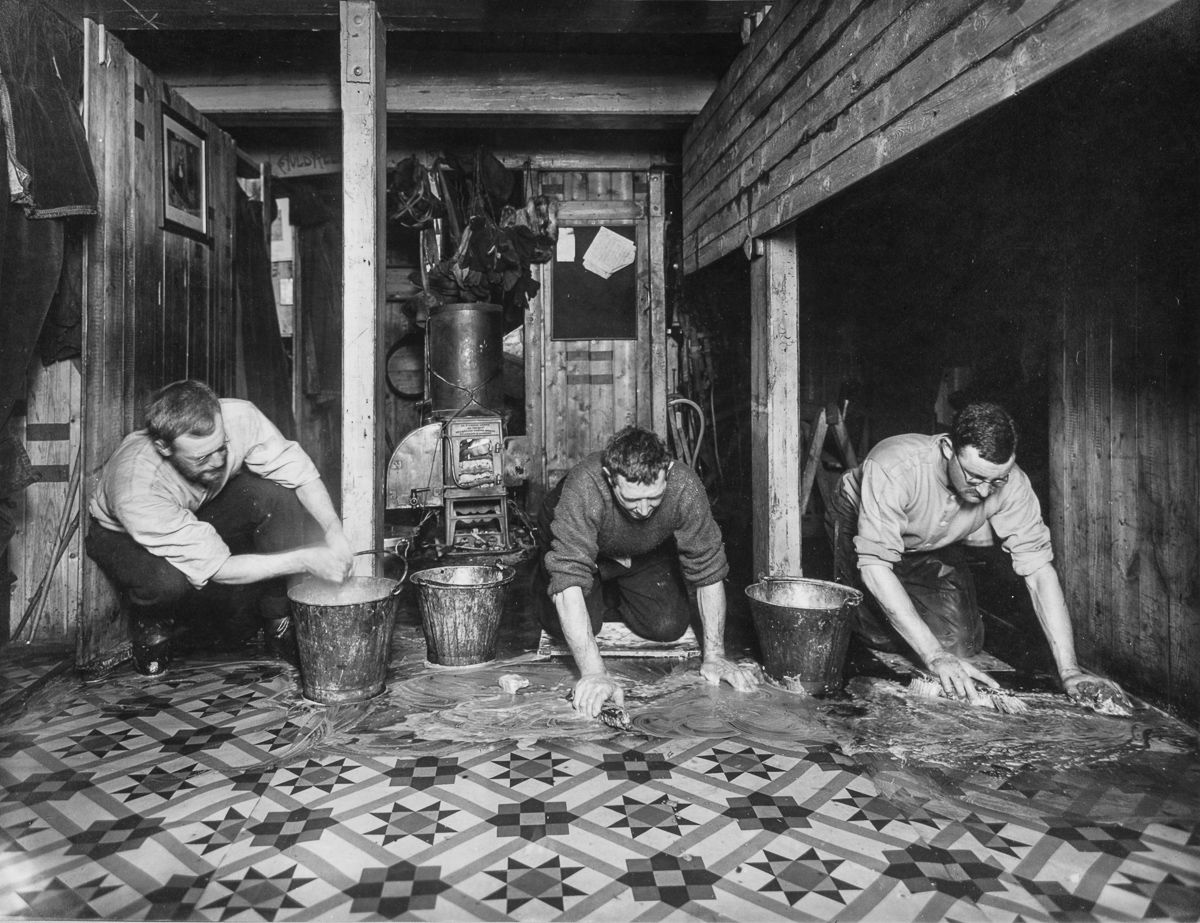 James Wordle, Alfred Cheetham, and Alexander Macklin scrub the floors of 'The Ritz' aboard the Endurance.

Who built the ship and what were its dimensions?

The ship that was to be renamed Endurance was built originally for tourist cruises in the Arctic by a partnership between Lars Christensen, a Norwegian ship owner and the Belgian Adrien de Gerlache, leader of the Belgian Antarctic expedition in 1897-99, and called the Polaris.

Barquentine:  A barquentine or schooner barque (alternatively "barkentine" or "schooner bark") is a sailing vessel with three or more masts; with a square rigged foremast and fore-and-aft rigged main, mizzen and any other masts. 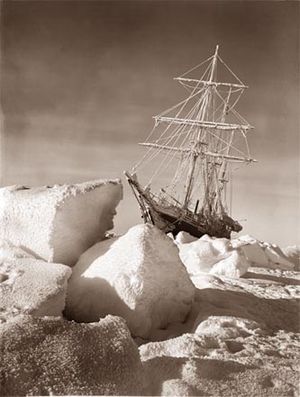 What was the role of the ship in the expedition?

The Endurance became available for Shackleton's Antarctic expedition when the Arctic tour scheme she had been built for collapsed as Adrien de Gerlache was unable to pay his share on the completion of the ship in summer 1913. She had 10 cabins, a darkroom for amateur photographers and no cargo space. She was useless as a sealer and not sufficiently luxurious for use as a yacht.

Buyers were not easy to find until Shackleton informed de Gerlache in January 1914 that he was in search of an expedition ship for the Imperial Trans-Antarctic Expedition. The Polaris was purchased for £11,600 (225,000 Kroner). She was reckoned to be one of the strongest ships ever built for ice work.

Shackleton had wanted to name the ship in his previous expedition "Endurance", but had not been able to so that ship remained the Nimrod and this latest instead was to bear the name taken from the Shackleton family motto, Fortitudine Vincimus "By endurance we conquer".

What did the floor plan of the ship look like? 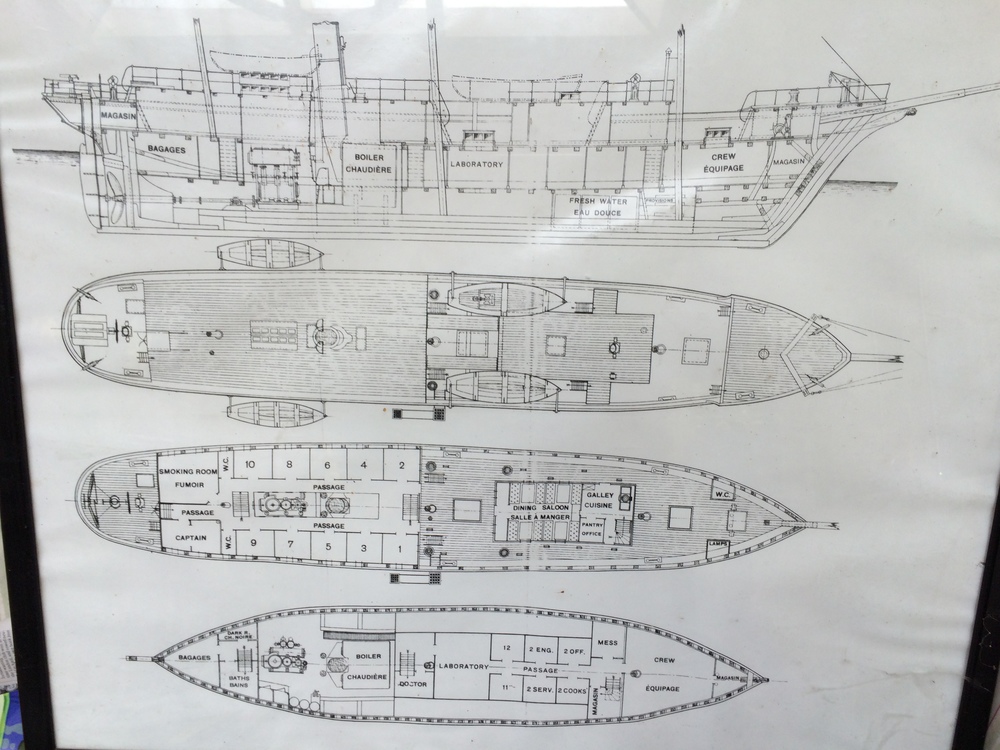 Photograph of the floor plan from the family's collection.