Details of the Project 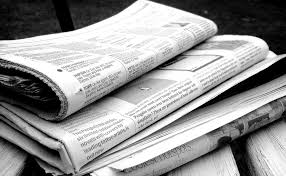 You are a news reporter for a large Northern or Southern newspaper during the Reconstruction Era (1865-1877).  It is your job to report on the events listed below that influenced the United States during Reconstruction.  Your newspaper must also include the article types listed below.

You may choose to write for a Northern or Southern newspaper BUT your articles’ tone must but accurate to either the North or South during the Reconstruction Era.  All writing (no typing) must be neat and pictures/headlines need to be in color!  You must use both sides of the newspaper.

Your newspaper must include the following types of articles…

Your newspaper must include information on the following… ​

Project Due: End of class on Wednesday, February 6