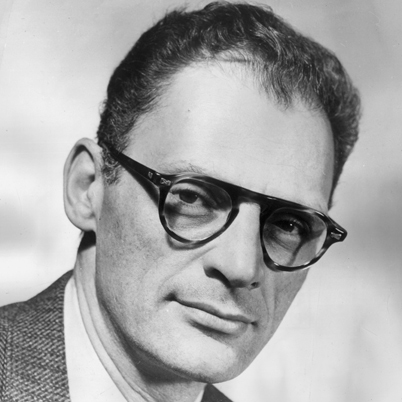 A modern tragedian, Miller says he looks to the Greeks for inspiration, particularly Sophocles. "I think the tragic feeling is evoked in us when we are in the presence of a character who is ready to lay down his life, if need be, to secure one thing-his sense of personal dignity," Miller writes. "From Orestes to Hamlet, Medea to Macbeth, the underlying struggle is that of the individual attempting to gain his 'rightful' position in his society." Miller considers the common man "as apt a subject for tragedy in its highest sense as kings were." Death of a Salesman, which opened in 1949, tells the story of Willy Loman, an aging salesman who makes his way "on a smile and a shoeshine."

National Endowment for the Arts biography of Miller

1951 Death of a Salesman movie