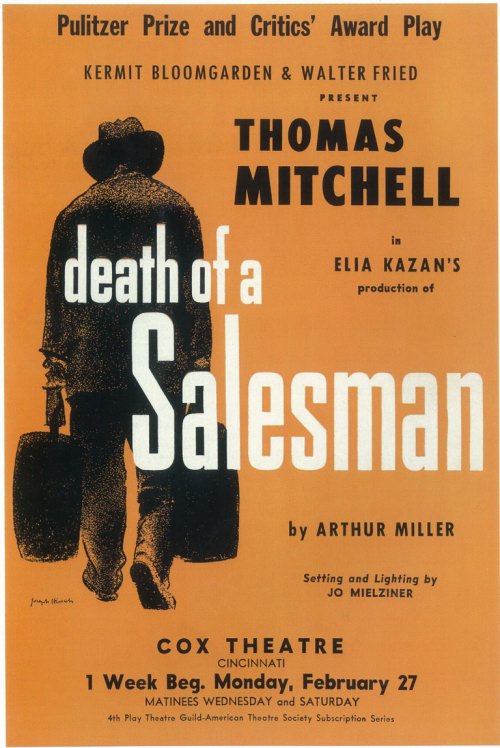 Link to more essays below

Death of a Salesman 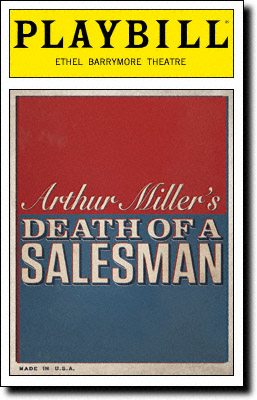 Death of a Salesman is a 1949 play written by American playwright Arthur Miller. It was the recipient of the 1949 Pulitzer Prize for Drama andTony Award for Best Play. The play premiered on Broadway in February 1949, running for 742 performances, and has been revived on Broadway four times,[1] winning three Tony Awards for Best Revival.

The original Broadway production was produced by Kermit Bloomgarden and opened at the Morosco Theatre on February 10, 1949, closing on November 18, 1950, after 742 performances. The play starred Lee J. Cobb as Willy Loman. It won the Tony Award for Best Play 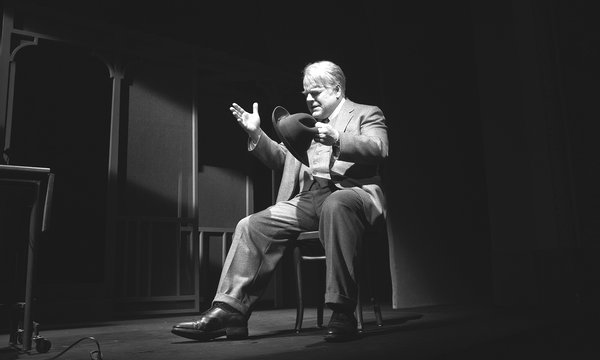