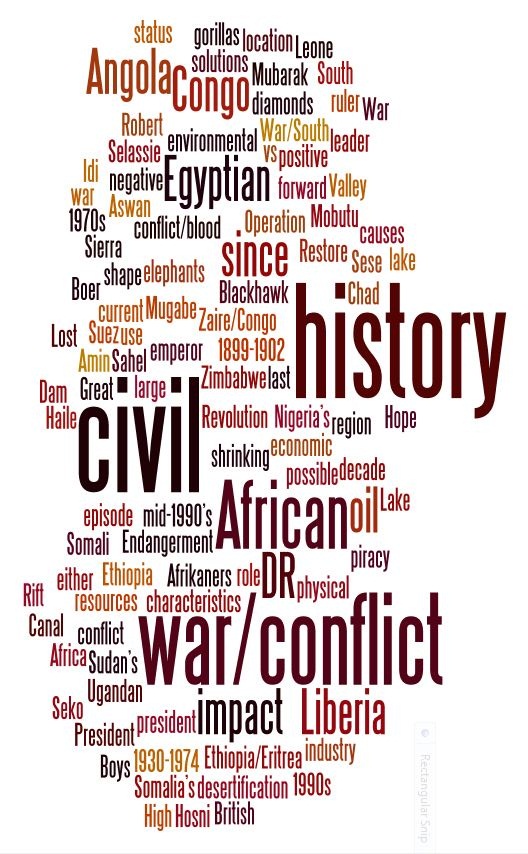 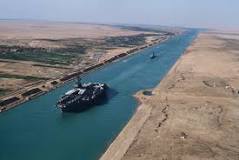 - Desmond Tutu – his life and contributions to and the world

- Somalia’s civil war of the 1990s; including US Operation: Restore Hope (Blackhawk Down episode)

- Somali piracy over the last decade

- High Dam – environmental and economic impact, both positive and negative

- The – physical characteristics and shape of the region

- – shrinking of the once large African lake

I am also open to topics not on this list, if there is something in which you are interested in .  All topics must be approved by me first, and they must also not be related to topics that we will be covering in class already.  See me with any questions or ideas.

Each student will complete a written report and a Google Presentation / Prezi based on a topic from the attached list.  There are several guidelines that must be followed along the way.

PRESENTATION:  5 minutes, at least four slides, similar to current event projects.  Please include maps, images, or pictures so that the class can visualize your topic as you teach it to them.  Your presentation may follow a similar path as your paper, and be sure to end with the significance/long-term effects or consequences of the issue.  This is a major portion of the grade, so be sure you have prepared / rehearsed your presentation ahead of time.  All work should be shared through Google docs or into Prezi by 8:00 a.m. Monday April 16.  Presentations will be picked at random to be given either Monday April 16 or Tuesday April 17.

CONTENT: You will be given a general topic that you must explore deeply. As well as explaining the background of the issue and a description of its course of events, offer an analysis of how this issue/person/event affects people and nations.  Try to explore the causes and effects, the “why” as well as the “what.”  What resulted from your topic, or if it is a current issue, what does the future look like?  Remember that it is required to begin with an introduction/thesis, and end with a conclusion.  Organize your work into several paragraphs as well.

SOURCES: You must have at least three sources for your report.  Do not use more than two encyclopedias.  Also be careful about the types of web sites you consult.  Wikipedia and other user-generated sites as always will not be allowed.  Remember all the helpful resources we looked at for the Latin America and projects: reference books, online databases, library books.   Just like the country projects, please do not check out books specifically on your topic, as someone else in the 8th grade will be researching that topic as well.  Also, remember that class notes and your textbook is not research!

CITATIONS: You will be required to produce a final bibliography.  Use Noodle Tools to do so; then you will export it to your paper and presentation to be included at the end of each.

GRADES: The written report and presentation will count 15% of your quarter grade.  50% will come from the written paper, and the other 50% from the presentation.